Who invented the telephone? If Alexander Graham Bell (1847-1922) hadn’t been the first to enter his patent for the device officially, the answer would not have been his name. There were two other contenders: Elisha Gray and Antonio Meucci. But it was Bell’s attorney, Marcellus Bailey, who arrived first to the US Patent office in Boston and filed the patent for what would be known as the telephone. The patent was awarded to Bell on March 7, 1876. Only three days later, Bell spoke those fateful words, “Mr. Watson, come here! I want to see you!” Inventions of this caliber would dot the rest of his life and ring the world at high decibels.

On July 9, 1877, a year after those famous words were uttered, Bell Telephone Company was founded. During this same time, the White House installed its first phone. By 1900, nearly 50,000 phones were installed, and in 1967 the one-millionth telephone was in use. 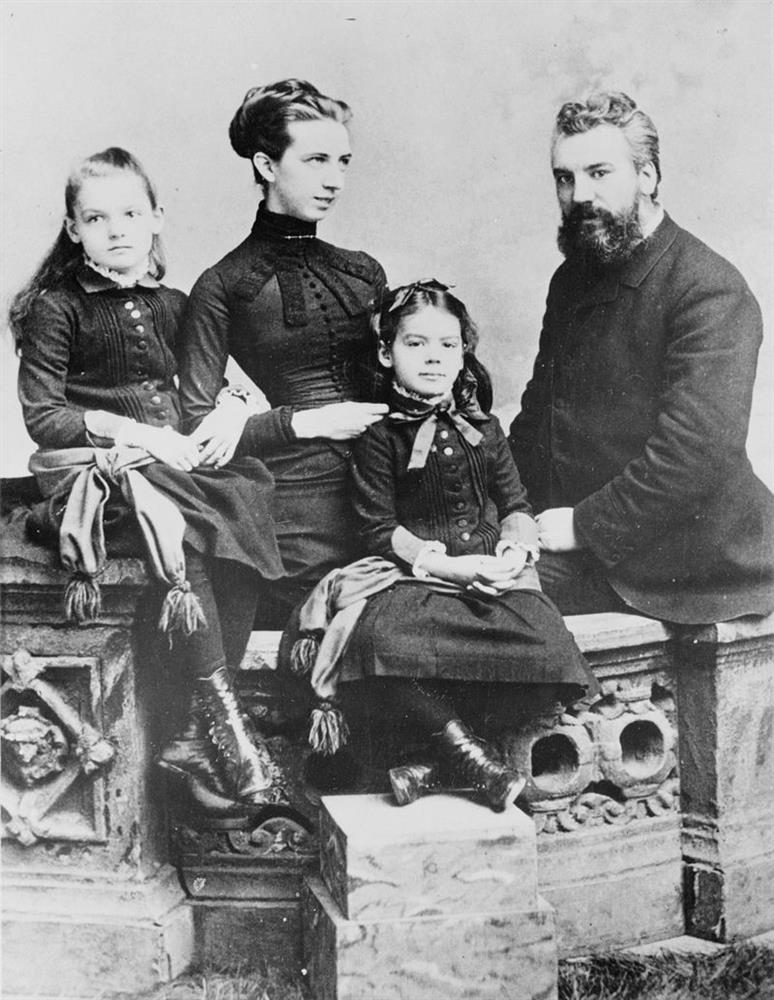 Bell and the Deaf
Bell’s overnight success took him 30 years. His mother, who began going deaf when Bell was 12, spurred in him an insatiable interest in curing the deaf and mute. His grandfather and father, both celebrated elocutionists during their day, gave Alexander great encouragement. In his early professional life, he founded a successful school for the deaf where he taught a “Visible Speech” system which his father had developed to help the deaf communicate. His work introduced him to Helen Keller whom he had a lifelong correspondence, and eventually to his future wife, Mabel Gardiner Hubbard, who was also deaf. During this time, he simultaneously worked on various experiments with sound transmissions.

More Than Just the Telephone
Bell was not an idle man. After his success with the telephone, he went on to work in various other fields. As an avid inventor, he was known to read the Encyclopedia Britannica in search of new ideas and inspiration which led to his influence in the following fields: 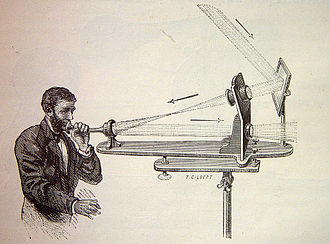 1. Photophone: Just four years after he patented the telephone, Bell was talking wirelessly. He sent his words over 230 yards on a mirror and a sunbeam on top of the Franklin School in Washington, DC. Bell called it his most important invention and named it the “photophone.” It became a precursor to wireless and fiber optic technology. 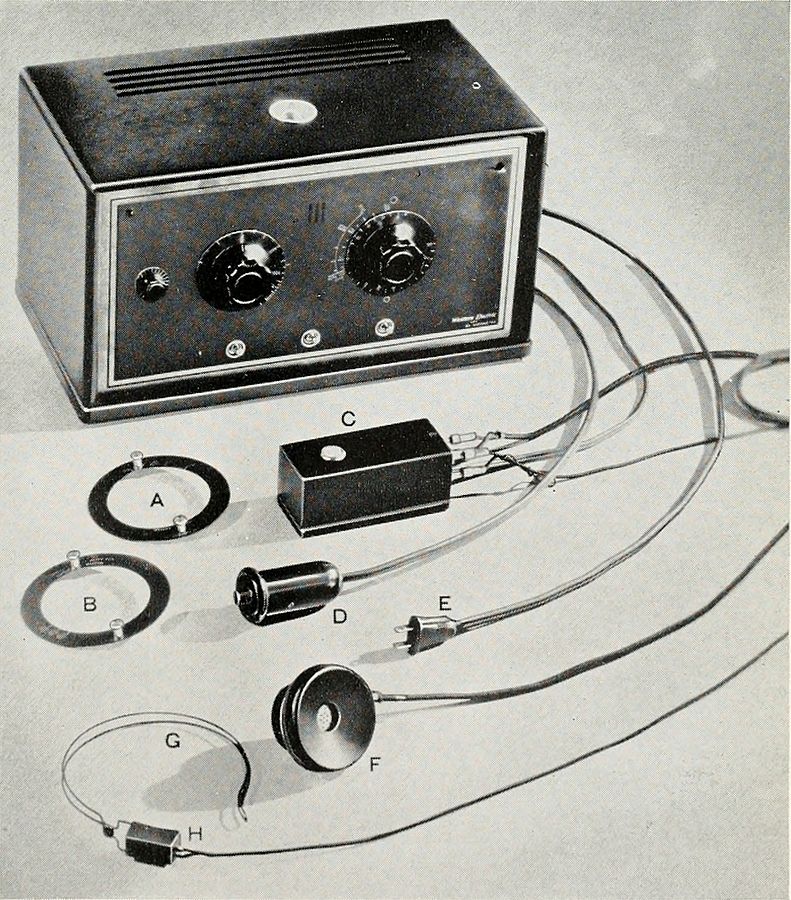 3. Audiometers: In 1879 Bell invented the audiometer to measure hearing ability, which led to Bell 's name being used in the unit of sound measurement -- the "decibel." 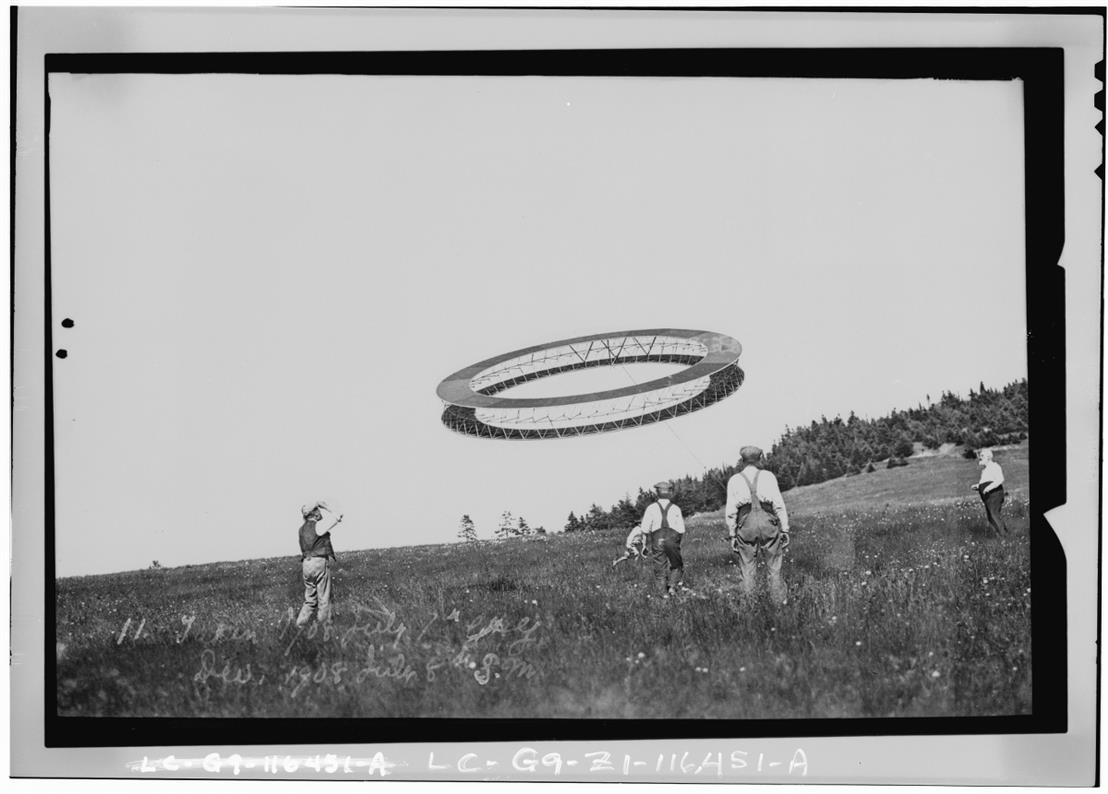 4. Tetrahedral kite: Bell’s experiments to create a kite that was scalable and big enough to carry both a man and a motor paved the way to a crewed flight. He worked on the kites between 1895 and 1910. AG Bell is on the far right in the picture above. 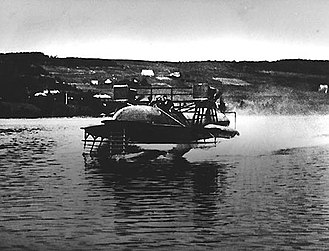 5. Hydrofoil: Bell began hydrofoil experiments in the summer of 1908. He built a hydrofoil and named it HD for "hydrodome." His last boat, dubbed HD4, was the fastest hydrofoil in the world.

A Moment of Silence

After months of ill health and complications with diabetes, Alexander G. Bell passed away at the age of 75. For a full minute, the entire telephone system was shut down in honor of this great inventor. On the day of his funeral Bell was also remembered by advocates for the deaf, "Entirely apart from the monumental achievement of Professor Bell as the inventor of the telephone, his conspicuous work in behalf of the deaf of this country would alone entitle him to everlasting fame,” said Felix H. Levey, president of the Institution for the Improved Instruction of Deaf Mutes. Alexander Graham Bell died as one of the most beloved and prolific inventors of our time.