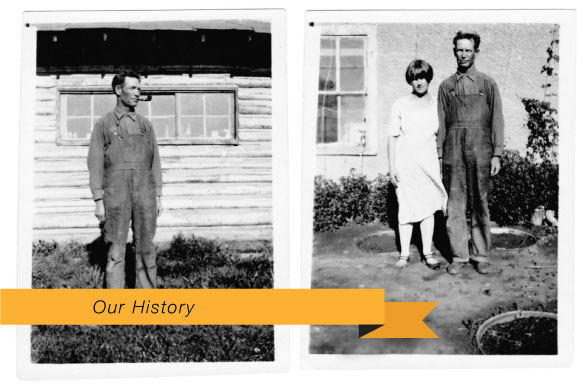 
ABOUT US
John D. Woody founded Union Telephone Company in 1914 in Mountain View, Wyoming. This family owned and operated telecommunications provider serves Wyoming, Northwestern Colorado, and parts of Utah and Montana with a vast regional wireless voice and high-speed data network connected to a national network of roaming partners.
Union Wireless has more towers throughout Wyoming than any other wireless provider and continues to add to this network monthly. In the west, rural service is critical for safety and security since this is where people travel and work each day. Unlike the national wireless companies, Union provides mobile service in both the cities and rural areas; the places that other wireless carriers typically don’t cover. Union also provides landline telephone service and high-speed home Internet in select communities.
FROM UNION TELEPHONE... In the early 1900’s, John D. Woody saw the need for people to stay connected across the vast, isolated Wyoming terrain. This "need" was the motivation for founding Union Telephone. Phone service in 1914 was much different than today and initially, customers could only talk with others within the service area. Since all the customers shared the same wires, only one conversation could be conducted at a time, known as a party line.
The family house, originally built in 1903, also doubled as the business office location. Because of the company’s small size, John strung and maintained the phone lines, as well as installed the phones while his wife Mary operated the switchboard located in their home. The family house went through three additions and renovations and still serves as the main hub for the live local operators and landline switch.
In 1945, John Woody’s son Howard returned home after serving during World War II and immediately began working for his parents. In 1948, after determining that Union Telephone would not support both his parents and his new wife and family, Howard offered to sell the Union Telephone to AT&T for one-dollar. He wanted AT&T to continue to provide telephone service for the local communities that Union served. AT&T decided not to purchase the company because, according to company executives, "It would cost too much to integrate Union into the AT&T system." At that point, Howard was determined to make the company profitable and secured a loan from the Rural Electrification Administration (REA) in order to upgrade the physical plant, equipment, and expand into other unserved communities. It was a huge gamble, but the investment paid off and eventually resulted in the formation of Union Wireless.
...TO UNION WIRELESS In the early 1990’s, Union Telephone made the transition to cellular service. By the mid-2000’s, advancements in data services technology made texting and picture messaging possible, quickly followed by data services. In addition to reliable national calling, Union now offers their customers international coverage.
The company has grown from a small-town local landline provider to a fast growing regional wireless provider with national and international roaming partners. Union Wireless has close to 300 employees; 14 retail store locations; 20 authorized agents; and more than 300 company owned towers. True to the company’s roots, the focus is still to serve the people and communities that have supported them through the years. The legacy that John D. Woody started in 1914 lives on with his descendants and their business.