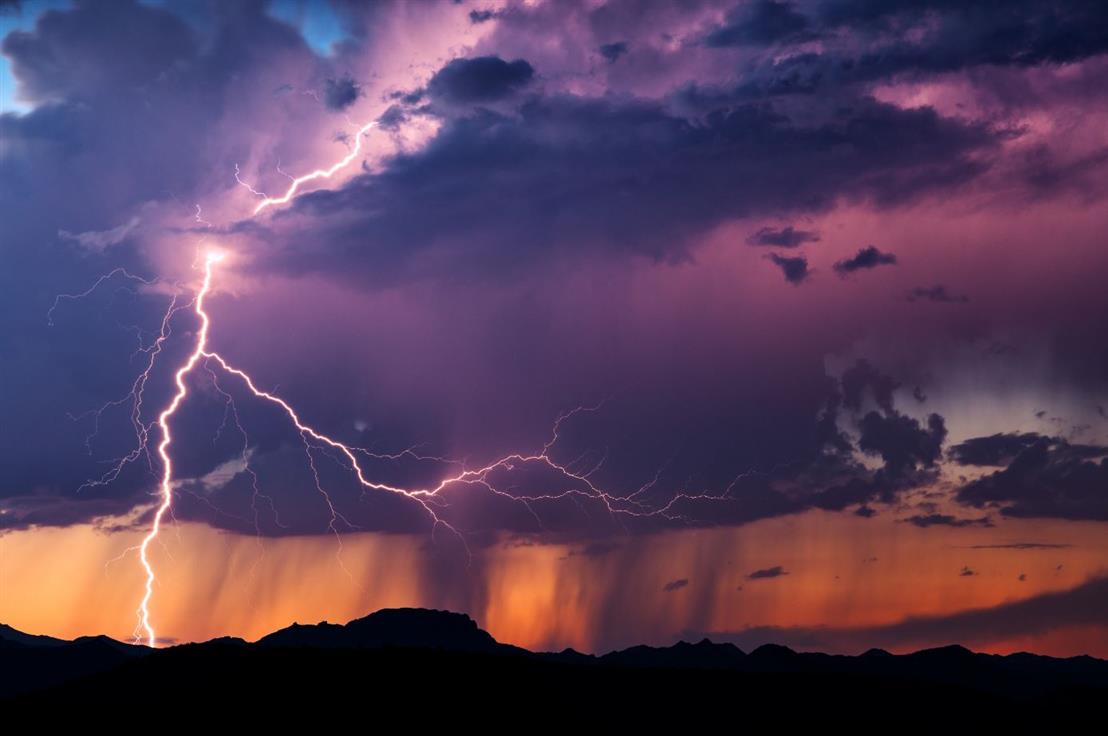 As a child, my favorite thing to do was drive out with my Uncle on his ranch to watch lightning storms. Their power and beauty were mesmerizing. As awesome as it is to watch storms, lightning demands respect.

On average 67 people are killed by lightning in the United States each year. According to NOAA, only 10 percent of the people struck are actually killed. There are many myths associated with lightning safety. Here are a few myths and facts to help you be in the know when it comes to lightning.

Myth: If you’re caught outside during a thunderstorm, you should crouch down to reduce your risk of being struck.

Fact: Crouching doesn’t make you any safer outdoors. Run to a substantial building or hard-topped vehicle. You are NOT safe anywhere outdoors.

Myth: If it’s not raining or there aren’t clouds overhead, you’re safe from lightning.

Myth: Rubber tires on a car protect you from lightning by insulating you from the ground.

Fact: Most cars are safe from lightning, but it is the metal roof and metal sides that protect you, NOT the rubber tires. Remember, convertibles, motorcycles, bicycles, open-shelled outdoor recreational vehicles and cars with fiberglass shells offer no protection from lightning. When lightning strikes a vehicle, it goes through the metal frame into the ground.

Myth: A lightning victim is electrified. If you touch them, you’ll be electrocuted.

Fact: The human body does not store electricity. It is perfectly safe to touch a lightning victim to give them first aid. This is the most chilling of lightning Myths. Imagine if someone died because people were afraid to give CPR!

Myth: If outside in a thunderstorm, you should seek shelter under a tree to stay dry.

Fact: Being underneath a tree is the second leading cause of lightning casualties. Better to get wet than fried.

Myth: If trapped outside and lightning is about to strike, I should lie flat on the ground.

Fact: Lying flat increases your chance of being affected by potentially deadly ground current. If you are caught outside in a thunderstorm, you keep moving toward a safe shelter.

Last Resort Outdoor Risk Reduction Tips: If you are caught outside with no safe shelter anywhere nearby the following actions may reduce your risk:

• If you are in a group, spread out to avoid the current traveling between group members.

• If you are camping in an open area, set up camp in a valley, ravine or other low areas. Remember, a tent offers NO protection.

• Stay away from water, wet items such as ropes, and metal objects such as fences. Water and metal do not attract lightning, but they are excellent conductors of electricity.

• Avoid open fields, the top of a hill or a ridge top.

• Stay away from tall, isolated trees or other tall objects. If you are in a forest, stay near a lower stand of trees

• Immediately get off elevated areas such as hills, mountain ridges or peaks

• Never use a cliff or rocky overhang for shelter

• Immediately get out and away from water